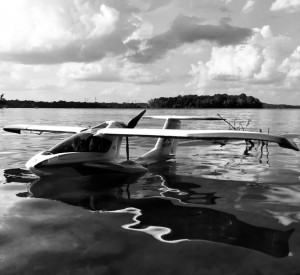 I have a friend who lives in gratitude.  He is grateful he was a heroin addict. It has given him perspective and gratitude. He always tells me he’s grateful to wake up and still be this side of the dirt.  He says he has no problem with death and dying, he’s just grateful he’s not dead.  As opposed to the Grateful Dead, but that’s a different story for a different day.

A long time ago I thought it was so cool to do drugs.  I was watching The Wolf of Wallstreet and reminiscing about Quaaludes (methaqualone). The little white Rorer 714 pills were known by some of my friends as “disco biscuits.” They released users’ sexual inhibitions, making it a nightlife mainstay. Quaaludes and Cocaine. We were wide awake drunks.

What is it that makes our brains crave this shit?  Is it really all dopamine based? I do know that crystal meth is a horrible evil substance.  Once ingested it completely takes over the brain.  Meth addicts don’t eat or sleep, they crave only the substance that often leaves them in a totally psychotic state.  I’ve seen them, and I know all about psychosis.  A substance that makes some claw their faces off.  Lucifer has them by the throat.

So following the path of our psychosis inducing substances, substances the brain craves and to which we become addicted is a very brutal lesson in economics.  In fact the drug culture is a demand side economic mystery.  The “demand side” refers to all aspects of the economy relating to the purchase and use (consumption) of the goods and services produced in an economy, personified by the “consumer”.  Let’s call the “consumer” the “user”. The user’s usual goal is to buy the product he wants for the lowest price. All other things being equal, the cheaper each gram is, the more the consumer will buy.  But this isn’t about price, it’s about complete and utter obsession.  The user gets to the point where he doesn’t care about the price.  And truly, I don’t much care about the price; Jack Daniels is pretty cheap.  Oh, and one other thing about my substance, it’s completely legal. Meth and Crack; not so much.  If only we could somehow stop the demand.  Then we wouldn’t have to stop the supply, would we?  No more war on drugs.

Tonight I’m lamenting something else though.  Ten days ago Glen Frey passed away.  Glen’s now the other side of the dirt my friend talks about. It’s been a curious January.  Some you recognize, some you’ve never even heard of.  Dale Griffin, 67.  Glen Frey, 67. Alan Rickman, 69. David Bowie, 69.  Yep, curious.  I was listening to a bunch of old music and being a bit nostalgic, and of course I was reminded of all the cocaine that has crossed our borders by Glen’s infamous Smuggler’s Blues.  Really was it 1985? 30 years ago? And we still can’t stop it?

Why can’t we stop it? Well, stop what? The smuggling or the addiction.  Doesn’t do any good to stop the supply, someone will figure out a way as long as there’s a demand. “You be cool for twenty hours, and I’ll pay you twenty grand.” Some people will do a lot for twenty large.  Kill even. Kill themselves even. The lure of easy money has a VERY strong appeal.  And then there’s the high that goes right along with the money.

I’m sorry it went down like this, someone had to lose, it’s the nature of the business.  It’s the smuggler’s blues now isn’t it? We all lose.  Last year more young adults were found dead of overdose than were killed in car accidents.  Either way, possibly preventable tragedies, but tragedy nonetheless.  Dead youth with needles in their arms.  Slamming dopamine, so to speak.

Yes, we’ve lost the war on drugs, just like a lot of other wars we’ve lost.  The war on poverty, the war on crime, we’ve lost them all because of demand side economics.  They keep telling us if we’d just spend more money on the problem. They say they’re gonna stop it but it doesn’t go away, they move it through Miami, and it gets sold in in L.A. (and N.Y. and Chicago and Detroit and, and, and…) they hide it up in Telluride, I mean it’s here to stay.

Of course it’s here to stay.  There are other reasons besides supply side economics.  As my friend Glen said: It’s propping up the governments in Colombia and Peru, you can ask any D.E.A. man, he’ll say there’s nothin’ we can do.  At least not until the system makes some serious changes. I have faith that it might…

Until then, it’s the politics of contraband, the smuggler’s blues.