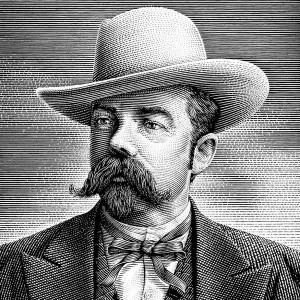 One of the many therapeutic tasks I was assigned in rehab was to write a letter.  It was to my drinking buddy Jack.  You know, Jack Daniels.  Well for some strange reason, I wrote it on my computer instead of by hand even though my therapist told me to do it by hand so it would be more authentic and impromptu, more real if you will.  So I came across the letter and thought you’d like to read my musings from when I was recently sober. I used to think Jack was my big pal.  I was very, very wrong.  And when I drank with my buddy, who’s not really my buddy, (in the words of George Thorogood) I drank alone, with nobody else…

The other night I laid sleeping
And I woke from a terrible dream
So I caught up my pal Jack Daniel’s
And his partner Jimmy Beam
And we drank alone, yeah
With nobody else
Yeah, you know when I drink alone
I prefer to be by myself…

You’ve been my friend for a long time.  It’s a little difficult to write this letter because you and I go way back.  The rub is I thought you were my friend, but I am now convinced you are not.  The help and comfort you used to give me, the warm friendliness is gone; those things have changed to fear, embarrassment, shame and guilt.

Usually people say “It’s not your fault, it’s me.”  Indeed this friendship, this relationship, is my problem and with the help of a lot of people I have realized it.  You didn’t make me welcome you with open arms, I did that.  And at first it was fine.

We had our problems; when I got divorced and my ex needed me to be able to feel emotions and deal with them, later when my son needed me to be able to deal with many of the same emotions, I couldn’t and you convinced me I didn’t need to.  You were always there though, telling me not to worry.  You would meet me in the mountains after skiing and we’d sit at the bar telling stories.  You always were a comfort, but you let me fall into a trap.  It was a prison of my own making, that warm fuzzy feeling I’d get when I was with you.  But it was all a lie.

You’ve been an anesthetic, covering up my feelings and letting them be pushed away.  You came with that nice little glass filled with ice cubes and that magic elixir that would give me a buzz and let me forget my troubles.  You brought out that devil-may-care attitude of mine and you preyed on it.

I hate you Jack.  Mostly because of the way you played on my mind and gave me that big friendly hug.  I felt so comfortable.  But you hurt me too.  I would wake up with a fuzzy head and not pay attention to the important things around me.  When you got between me and my wife, I began to see you for who you really are.

I was embarrassed and ashamed that I was relying on you for comfort.  I would lie to my wife and my friends.  It was almost like you were a mistress.  Funny to say about a guy, but you stole away my life.  I just didn’t have to look at the reality of my situation when you were around.  I started neglecting things.  My son, my wife, my work, my entire life started to get swallowed up in the black hole that is Jack Daniels.

You were so friendly and inviting, sitting with me and my misery saying, don’t worry, all those things are gonna be great now that we were sitting in the bar talking it out.  But I was lying to myself, and you let it happen.  You didn’t really care about me; it was all about you wasn’t it?  You’re a mean bastard Jack, to sit by and watch that.

I can’t keep this up, this warm friendship; it’s going to kill me.  I have to go on by myself, but really I’m not so alone.  I have so many friends that warned me about you, and I just wouldn’t listen.  Good friends, friends I’ve deceived and ignored.  I now know who my real friends are, and I’ve begun to cherish them.

So this is it Jack, lose my number, leave me alone.  I’ve learned a lot, I’ve always been a smart guy, but I almost think my intelligence is a curse.  I can rationalize anything away, I have no boundaries and I now must choose my new friends over you; honesty and self respect.  It’ll take time, but this wound will heal.  I know what to do, and I’m going to put it into action.  I have a plan to help me forget about you and what I’ve done to myself because we were such great ‘pals’.

I’m done with you; you’re nothing but an evil rat bastard.  So long and fuck off!