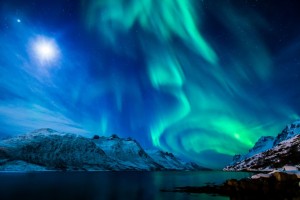 We’re all just spirits you know. Spirits in a material world. We are made up of four parts. The physical, the intellectual, the emotional and the spiritual.

My pain killer; Jack Daniels. Statistically, when my blood alcohol reaches .35, I am at a pain killing level equal to general anesthesia.  Unconscious. Any normal person, should they not have built up the tolerance levels I had, might actually stop breathing at a Blood Alcohol Content (BAC) of .35. Death is pretty imminent, one way or another.

Spirits. From the Latin spiritus, it means breath or breathe. Metaphysical references point toward consciousness or personality. The notions of a person’s spirit and soul intermingle in our heads and contrast with physical and intellectual. In many religions the spirit is believed to survive beyond physical death.  In many interpretations spirits can be ghosts; manifestations of the souls of the dead, incorporeal immaterial beings; demons and deities.

Our emotional and spiritual selves are seemingly in conflict with our physical and intellectual selves. The four parts, seething and roiling in our heads. It makes us drink and use. My friends refer to the turmoil in our heads as the committee. I refer to it as a head full of squirrels. Our drugs of choice stop all the conflict. Anesthesia quiets the committee and stops the squirrels.

There is also another meaning for Spirits. Ironic that it refers to distilled liquids. The term spirits in reference to alcohol stems from Middle Eastern alchemy. Rather than the alchemists who sought a method of turning lead into gold, middle eastern and eastern alchemists were more concerned with medical elixirs. The vapors given off and collected during an alchemical process (as with distillation of alcohol) was called a spirit of the original substance.

Sedative, hypnotic and analgesic elixirs induce drowsiness, sleep, and stop pain. Spirits, ghosts in the machine. They remove all of the human needs; or should I say they satiate or even eliminate all those human needs. Well, OK, only temporarily. But at what cost? And what is the cause? What genetic freak of nature gives us these neurochemical receptors that crave substances that wipe out consciousness? Why did we get this little freak of DNA processing that hands us the tools to our own destruction. Our brain actually has little locks whose keys are opioids, alcohol and nicotine (among a whole slew of others).

Proteins are complicated little molecules that make up our physical beings. They are covered with nooks and crannies. Very simply put, those nooks and crannies allow the proteins to be decomposed and used as building blocks for other proteins. They have receptors. The opposite of the receptor is the effector, those are keys.  Boy do those effectors have effects. Once unlocked, sometimes like Pandora’s box, they don’t become easily locked again. As a matter of fact, if our brain releases dopamine and other neurochemicals that control the brain’s reward and pleasure centers, we can be in a lot of trouble. The proverbial accelerator without any brakes. Alcohol, steroids, alkaloids and opioids wreak havoc with those pleasure centers.

They, in fact, start to control we etherial spirits stuck in this material world. The ‘materials’ take over. The spirits hijack our spirits. We’re doomed…

Well, maybe not. I’ve been able to combat the spirits with a little spirit of my own. Call it what you will, my higher power, my infinite consciousness, my spiritual being, whatever you like, I believe I can draw on it to put on the brakes when those chemicals try to hijack my conscious physical self. A.A’s twelve step program, whether you believe AA is a cult or a religion or just a bunch of fools deluding themselves, gives me a weapon, call it a tool if you like, to stop the craziness that makes me want to drink until I black out. Maybe its a placebo effect, though that usually refers to ingested chemicals rather than an imbalance of nueruochemicals in my brain.

So when I start to think about these things, I have to ponder. I have to write. I find therapy in these words. The words on the screen take the committee and the squirrel cage out of my head for a moment and allow me to ever so gently apply the brakes. For a moment, my spirit is taken away from the material world and it finds connections to the rest of the universe. It’s keeping me from taking that little car trip down to Ralph’s to go find myself a bottle of spirits.

Perhaps the screen and the keyboard recording my ramblings is my higher power, my spirit in this material world. Who knows for sure. All I have is faith. Got questions about that? See my post on Trust and Faith. Maybe that will answer your questions. Who knows; we’re just spirits. Spirits in a material world…

Listen to the words and music of Sting (Gordon Sumner) and Andy Summers and Stewart Copeland. Yup, spirits in a material world…