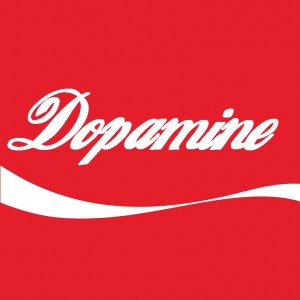 So what do Social Networks, Food, Video Games, Music, Television, Cell Phones, Shopping, Gambling, Work, Sex, Exercise, Adrenaline and the Internet all have in common? Well, like drugs, these things lead us to an odd behavior, but really all things considered, it’s not so odd. We become addicted. They are all non-substance little addictions.

Of course there are drugs of choice that lead to addiction.  We smoke cigarettes and weed, we smoke and slam meth and crack, we smoke and slam heroin, and then of course, my substance of choice, we drink alcohol.  It’s all, even the little addictions, about dopamine pathways.  Good thing I can’t slam alcohol, I’d probably do that.

I often wondered how people could sit and play those absurd Zynga games they play on Facebook and on their phones. Farm Town, Cafe World or Mafia Wars go on forever.  Dopamine responses and hyper addictive games. It would seem there are thousands of small compulsions that make up our lives, including compulsive mouse clicks that bring ‘rewards’ to our hungry and yes, addicted, mind.

Even reading, listening to, and of COURSE watching stories especially on television feeds our dopamine craving amygdala. We’re always trying to figure out what happens next in the story.  The next exciting episode where your brain is teased into coming back for more. The brain was designed (you can figure out later who designed it) to be curious; to love a ‘good’ plot and narrative, and to learn new things. As long as the story is unresolved, my brain keeps coming back for more.

Here’s the question: Apparently we ALL have something in our minds that creates the potential for addiction, but what the fuck is it?  What is it that gets us hooked? Maybe, just maybe, it’s dopamine. One part of your brain releases it, another part of your brain really, really likes it. It’s a loop. The neuropsychiatrists call it a ‘reinforcement loop’. It’s about reward and payout, which is self evident with a slot machine; pull the handle, maybe you get some money. But maybe you don’t. What happens when you don’t get rewarded?  Withdrawal!

Donuts, cookies, mouse clicks, shopping, video games, music, social media, smart phones, (beep, beep, you looked at your phone for a text didn’t you???), music, and thinking about your boyfriend, girlfriend or spouse again are all little addictions. Or how about that handsome hunk barrista that you keep going to check out at Starbucks?  The dopamine reinforcement loop strikes again...

Oh, no! Isn’t addiction bad? Well, maybe not entirely. Only when your craving puts you at risk of death and destruction does addiction become destructive. The brain is designed (yes, there’s that word again) to get you addicted to learning and exploring. I don’t think the designer had black tar heroin or Jack Daniel’s in mind. Things ‘new’ and ‘exciting’ cause that dopamine release/catch.  And yes, sometimes it is a catch 22. And yes, sometimes and apparently often, the feedback loop spirals out of control.

So what do we do about this brain chemical that can, if left unchecked, lead us astray and turn our brain into a horrible, insatiable, craven beast?  Well, there is hope.  We have some little things we can do the therapists and neuro pathologists call ‘coping tools’.  Some of us give in to the cravings, some of us don’t.

Famous words from some AA friends of mine:  How did you do it?  Well, resistance is futile.  It is a finite resource in my brain.  Over time, I give in.  So what the fuck, I’m screwed.  Willpower doesn’t work because it is in insufficient supply, so what then?

There is a solution as the book says.  There are really quite a few tools we can use.  Find out more in the next exciting episode; The Toolbox.  In the mean time, breathe in and out and recognize your dopamine reinforcement loop…